Skip to content
Book your stay
Home / Hiking and trekking

Hiking and trekking Reconnect with nature

With over 400km of marked trails and 30 main and secondary peaks over 3000m above sea level, the Luchon valley is a unique site for hiking, trekking or trail running in a magnificent nature rich of lakes, rivers and waterfalls.

The GR10 is a legendary long-distance hiking trail that crisscrosses the Pyrenees for 1000km, from Handaye on the atlantic coast, to Banyuls on the shores of the Mediterranean sea. Luchon is an essential stopover on this trail due to its central location and its proximity to Lake Oô, one of the most visited sites in the Pyrenees.

Other famous routes await you here such as the “Route 3404” which links Bagnères de luchon to Bénasque in Spain, or the “Passejade” which links 31 municipalities in the Luchon sector over 450 km.

Continuing on the Superbagnère road where the Au fil de l’Oô camping is located, you reach in a few minutes the Hospice de France and the Lys valley, two famous gateways to the high Pyrenean mountains, where you will find a endless hiking trails for all levels. Several hiking trails are also accessible to you directly from our campsite.

You can introduce your children to the practice of hiking in a fun way on the track of the bear of the Pyrenees, take them to discover the mysterious megalithic vestiges that dot the Oueil valley, or even try your hand at hike-hiding which combines walk and treasure hunt!

From the Hospice de France, the Empress road awaits you for a rather family-friendly ride, while crossing the Port of Vénasque will offer you a most striking spectacle on the Maladeta massif with the Aneto and its culminating glacier at 3404m. The Lys Valley promises you hell with its hell waterfall, hell chasm, and hell stream, but turns out to be quite close to paradise with its freshness in summer, its countless waterfalls, and its majestic lakes with evocative names : green, blue, black, Charles, Port Vieilh, Celinda … 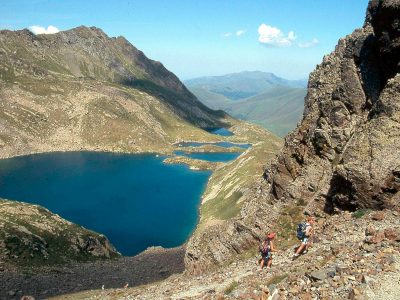 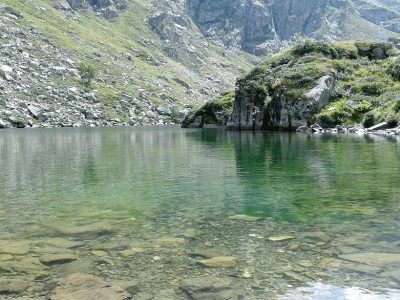 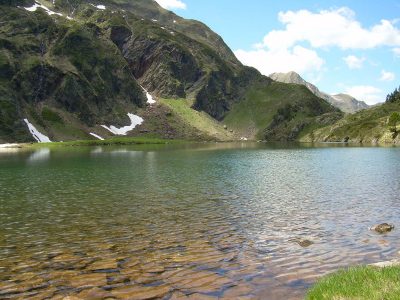 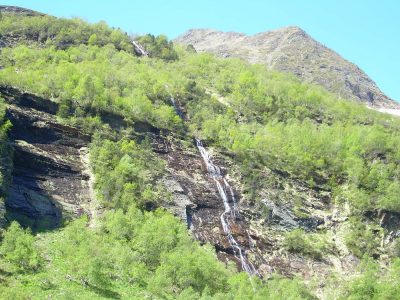 Whether you go up there on foot by the GR10, by cable car, or with your vehicle, Superbagnères as a real balcony of the Pyrenees will offer you a majestic spectacle on the 3000 of the Lys valley. The GR10 passes here through one of its most admirable sections between Luchon and Lake Oô. 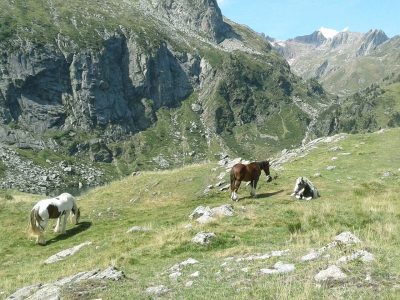 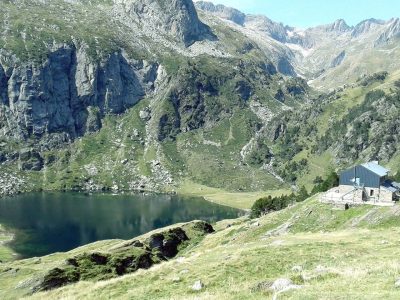 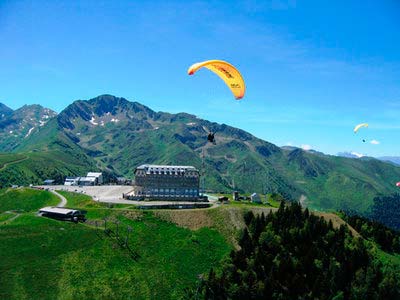 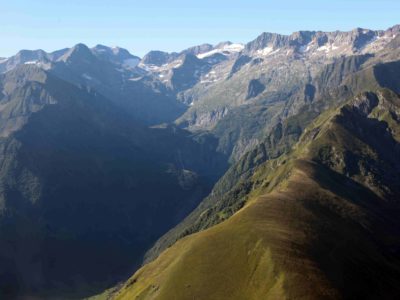 Lake Oô is a jewel with crystal clear waters that can be discovered by taking the GR10 route for a family hike of just over an hour from the Grange d’Astau, or more sporty from Superbagnères. Supplyed by a 275m high waterfall, it is one of the most visited sites in the Pyrenees. From Lake Oô, a little courage will take you to two other Pyrenean splendors: the lakes of Espingo and Saussat nestled in a bucolic valley. Beyond, it is the high mountain with in perspective the Lac du Portillon and the Pic de Perdiguère which peaks at 3222m. 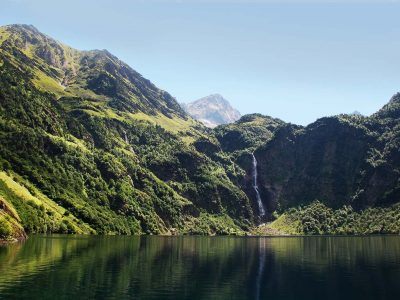 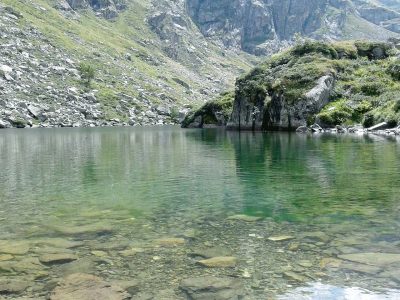 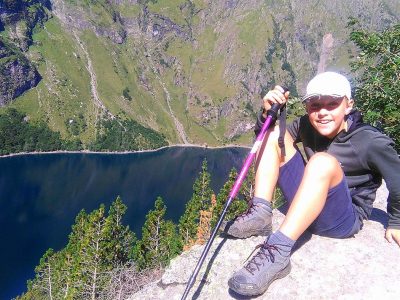 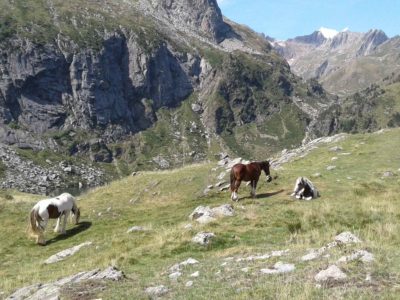 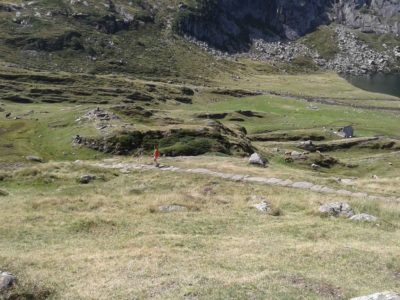 Luchon is part of the trail running station network and offers around twenty marked by professionals routes, including a vertical kilometer and an oxygen loop. The Luchon Aneto Trail is now an unmissable event for mountain running enthusiasts: half a dozen races are organized in early July and attract more than 2,500 runners from all walks of life.

We use cookies to ensure that we give you the best experience on our website. If you continue to use this site we will assume that you are happy with it.Ok
-